The Basics of Hypnosis: How it Can Work With Meditation

Learn How To Meditate Properly

What is the difference between hypnosis and meditation?

The main difference is that the meditation is self-induced and with full self-awareness, whereas hypnosis is usually induced by another person (unless is self-hypnosis which is self-induced) and the person is in state of trance, amnesia or unconscious.

There is some confusion, even for people who both meditate and use self-hypnosis, about whether there is any difference between the two disciplines. They both induce extremely beneficial, deeply relaxing and calming states of mind that can help you get through your day in a positive, calm and stress-free way.

When you hear the word 'hypnosis', you tend to think of magic and 'woo-woo'. We've all seen stage hypnotists encouraging their participants to believe they're chickens or otherwise make a fool of themselves and we've all seen hypnotists in films who seem to be able to cure any ailment and solve any problem with the power of their minds.

Some people believe that hypnotism is a form of brainwashing like this and that it can be used alongside the 'dark arts' for all kinds of villainy. Others don't believe in it at all… so what's the reality?

The Reality of Hypnotism

To understand what hypnotism really is, it can help to consider another term for it: persuasion. Hypnotism is sometimes referred to as 'the art of persuasion' which is an accurate description as that's really all it is. When you hypnotize someone you are persuading them that something is true – whether that's the idea that they don't want another cigarette or whether it's that they're really a chicken.

The problem is, that when someone tells you something is true, you generally tend to reject it until you're given proof. No one could really persuade you that you were a chicken using conventional means for instance, which is where hypnotism comes in.

And generally you're still not going to convince anyone they're a chicken unless they want to be a chicken or they're already particularly persuadable. In general, hypnotism is best used as a kind of 'nudge' to get someone to think in the correct way and is most effective when they're 'playing ball'.

So how then can you persuade someone to believe something they wouldn't normally? There are a few methods but generally, the idea is to get in 'under the radar' by speaking almost directly to that p

Rocket Your Productivity - FREE MP3!
Are you ready to get MORE done, in LESS time - using one simple MP3?

Get to sleep FAST - listen to this Mp3!
Scientifically-proven brainwave MP3 sends you to sleep - in just minutes. Immediate MP3 download!

Buzzsprout - Let's get your podcast launched!
Start for FREE

Disclaimer: This post contains affiliate links. If you make a purchase, I may receive a commission at no extra cost to you.

To learn even more about meditation, visit our main website at MeditationLifeSkills.com! 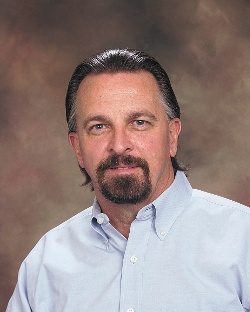 Learn How To Meditate Properly Episodes